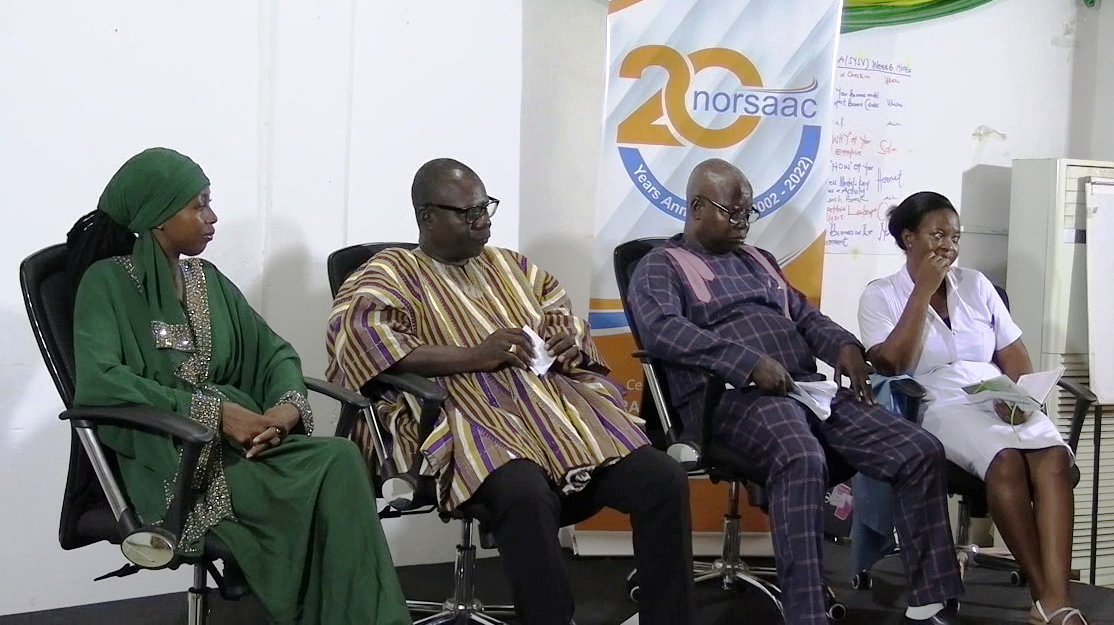 Discussants at the Northern Regional Reproductive Health Education (RHE) programme have called for open and honest conversation on sexual reproductive education in the country.
Attempts by the Ministry of education to introduce Comprehensive Sexual Education (CSE) into the curriculum in 2019 backfired after majority of Ghanaians kicked against it because it was considered as not good, especially at the basic level.
Religious bodies described it as part of an active strategy to spread LGBTQ+ acceptance in the country. But the Education Ministry on the other side stated that it will not compromise national values.
The discussants on the issue in Tamale believed that wider and openness on RHE will not only help address young people on their sexual reproductive education but also bring closure to morality and health arguments.
The ’’Let’s talk RHE’’ panel discussion organized by NORSSAC, brought together Directors of major key Government Institutions such as; Ghana Education Service, Ghana Health Service, Population Council, National Youth Authority and the youth in order to deliberate their educational and health challenges.
NORSSAC’s YOUTHTALK project believes that, the only way to address young people’s reproductive and health issues is through open conversation of issues bothering young people including the usage of contraceptives.
The Ghana Demographic and Health Survey data in 2014-2017 indicates that the first marriage of women aged, 25-49 years has increased from 18.7% in 2014 to 19% whiles the usage of body contraceptives for marriage women between 15-49 years used to be 10.8% but now stands at 17%.
The discussants attributed the progress to concerted efforts by NGOs, Youth Groups and Government Agencies and hope that further effort could lead to major achievements.

Northern Regional Director of the Ghana Education Service; Dr Peter Attafuah who was part of the panel told Zaa News that reproductive education is very important not only to the young people but even unborn children.
For the Regional Population Officer, Alhaji Issifu Seidu Iddi believes that the conversation about RHE is now because the usage of contraceptives in the region is on the increase, adding that the region since 2013 still leads when it comes to fertility rate in the country.

A midwife at the Tamale Central Hospital, Miriam Bonah says, even though the Ghana Health Service is doing its best to support adolescents, more support is needed for health personnel to attend to the health issues of young people.

Be creative with your God’s given talents; Father Dr. Clement advises the Youth