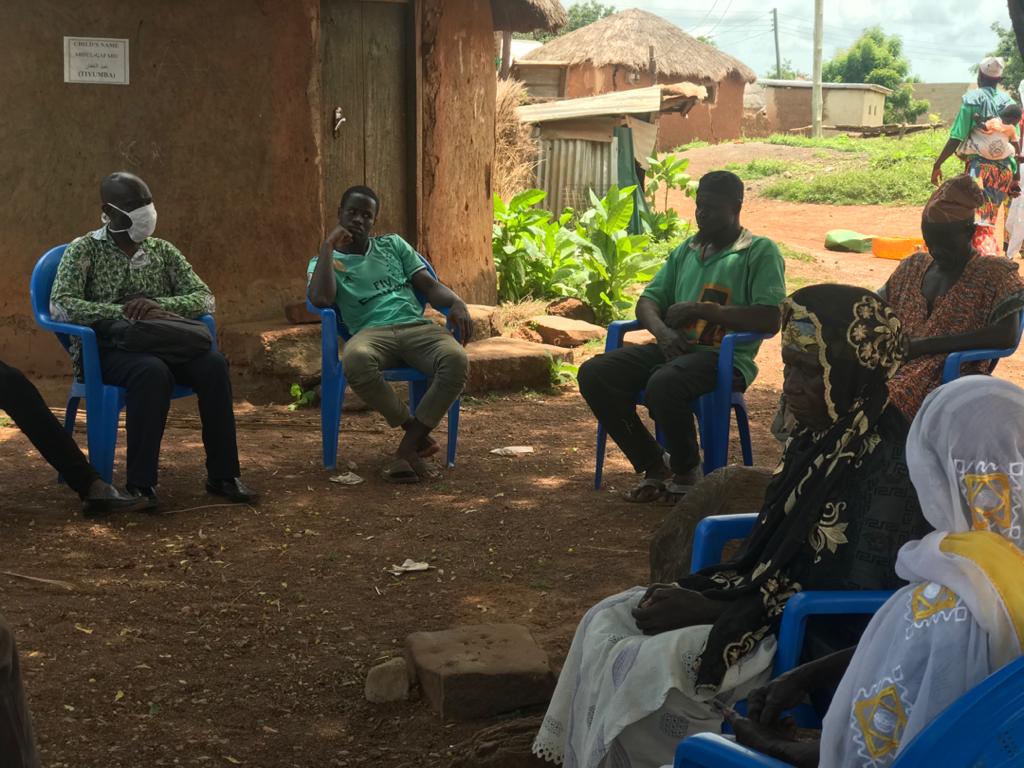 Two communities in the Sagnarigu Municipality have been selected by the Livelihood Empowerment Against Poverty (LEAP) for new pilot project, Beneficiary and Community Communication (B&CC).

Taha and Gulkpegu Dungu communities are among several communities from 16 metropolitan, Municipal and District Assemblies the project is being piloted accross the country.

B&CC is  a component of LEAP geared at providing requisite information to the communities about the  project.

The project is a joint partnership between NORSAC, civil society platform for social protection with funding support from unicef Ghana.
Key stakeholders such as department of social welfare, National Commission for Civic Education (NCCE),   Information Service Department (ISD)and a community radio would co-implement the under the LEAP Management Secretariat(LMS).
The implementers are expected to use different medium including radio discussions, ISD vans to educate beneficiaries on the LEAP Charter of Rights and their responsibilities within 25 days period.

During the period, beneficiaries and caregivers  would be provided with the requisite information about the LEAP in the area of access to information, rights and responsibilities on payments, data protection, participation and   access to services.

Inclusion and Equality Coordinator at NORSAAC Mr Mohammed Okasha made these known to beneficiaries at separate meetings after presenting flyers and LEAP hand book to the community focal person.

Mr Okasha told Zaa News at Taha that the engagement with the beneficiaries became necessary largely due to misconceptions and doubts surrounding the selection of extremely poor people.

The project aims among others to erased romours in the selection of beneficiaries, strengthening LEAP and also empowered the community members.
The meeting was a prelude  to a sensitization training for CSOs and partners from the five regions of the North, Bono and Ahafo regions.

A  series of activities including  community durburs to further enhance and broadening communities members knowledge on the program Mr Okasher explained would be carry out.

The Sagnarigu Municipal Director of NCCE, Mr Abdulai Suale told beneficiaries that the LEAP support was from the consolidated funds which is the contributions of every citizen’s tax.

He pleaded with the beneficiaries not to be shy of receiving the support because it was not their fault that they found themselves in such situations.
Mr Suale said  that even if the support from is a  loan government contract outside the country, it is the citizens who will pay back  through the natural resources.

He  appealed to them to show keen interest and seriousness during the period of implementation.
Municipal ISD Director, Mr Kwabena Anim entreated   the two communities to take it very serious because it will form as bases for more interventions from either government or development partners to them.

The Sagnarigu Municipal Social Welfare Officer and LEAP Coordinator, Mr AbdulFatwu Imoro disclosed that Taha and Gulkpegu Dungu have a total of 257 households and 359 individual beneficiaries.

Mr Imoro Taha has 147 households and Gulkpegu Dungu has 110 households. Dungu has 149 individuals and 210 individuals from Taha, the social welfare director explained further indicating that the variations were because there were some households with over 3 beneficiaries.

The beneficiary Mr Imoro said are expected to be  available at forums to listen to service provide for maximum benefit.
The Community Lead Implementation Committee (CLIC) he added will mobilized  beneficiaries for the program.