Two teachers of Zabzugu SHS killed by road accident; one in critical condition 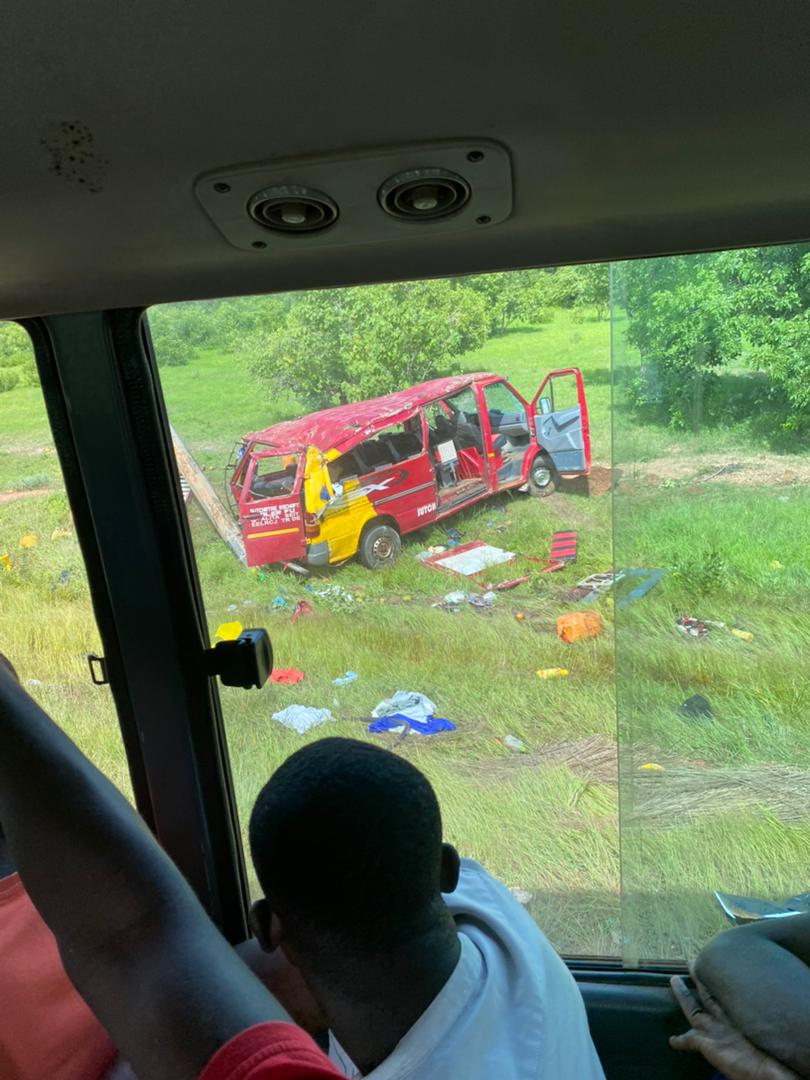 Two teachers at the Zabzugu Senior School in the Northern Region have been confirmed dead after their vehicle somersaulted between Bupei and Damonga junction in the Savannah region.

The sad incident occurred Friday July 8, 2022 night after the mini bus they were travelling on trye got burst.

The third female staff member is said to be in a critical condition and is receiving treatment at the Tamale Teaching Hospital.

The staff were returning from Secondary Education Transformation Programs (SEPT) held in Koforidua in the eastern region.

Eye witnesses say the bus was at high speed when the tyre got burst and landed in the bush.  The Counselor, Mr Abdul Majeed Ahmed was buried Saturday July 9, 2022 at the Buipe cemetery in accordance with Islam.