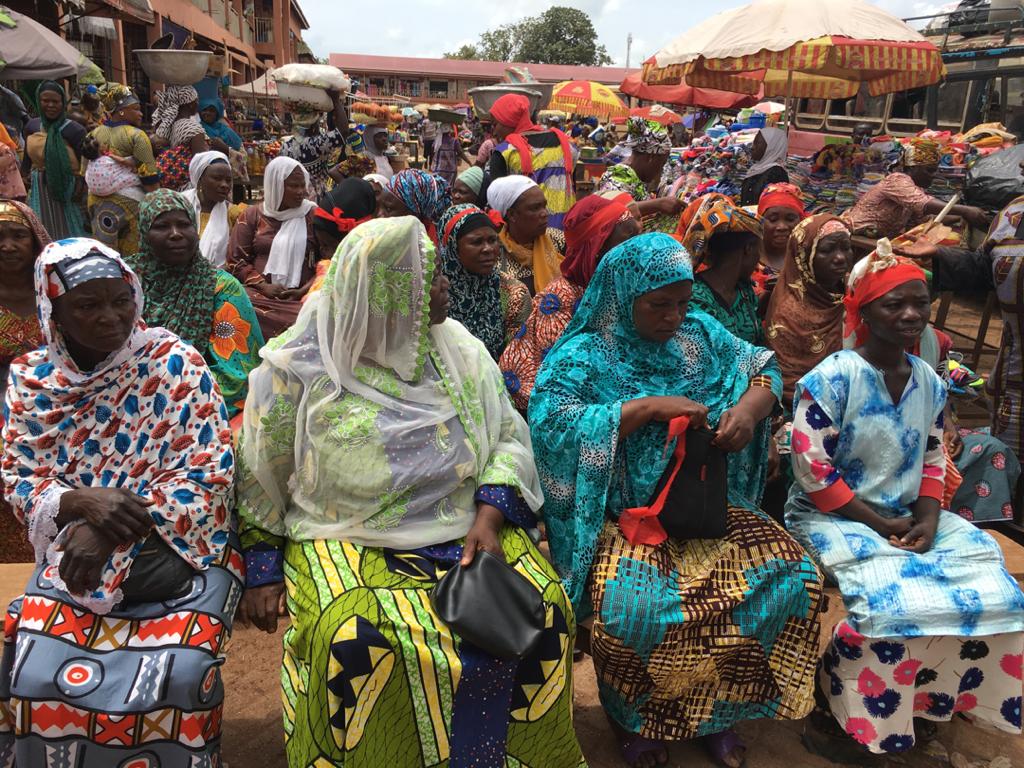 Business women in the northern region have served notice that they will be compel to defend themselves in the markets if the government failed to protect their business.

The women described the current situation in retail sector in Ghana as an invasion which cannot happen in Nigeria and other ECOWAS member countries and entreat the government to step in immediately.

One of business women, Hajia Nafisah Abu told Zaa News at Aboabu market soaked with foreigners that Ghanaian traders dare not venture into retail business or violate trade laws and regulations in Nigeria. The future of their children she lamented is at stake because all women in retail business are losing their capital due to unfair trade practice.

The foreigners, according to Hajia Nafisah are trouping-in in Tamale on daily bases in hundreds with goods and city authorities have no clue as to how to tackle their invasion on the market.

Asked if they have reported the foreigner’s activities they considered illegal to the authorities, she said all relevant stakeholders including chief palaces, assembly, Ghana Revenue Authority, GIPC and even court have been dully notified.

The impasse between Ghana Union of Traders has been lingering for some time now leading to the setting up of Committee on Foreigner in Retail Trade. The committee has since locked up foreign-own shops operating against GIPC Act 856.

But the women clad in reds suspect the recent visit by the speaker of House of Representatives in Nigeria to Ghana Mr femi Gbajabiamila was an attempt to put pressure on government softens its stand by ensuring compliance of the act.

Hajia Nafisah warned of worsening poverty situation in northern Ghana if the government allows foreigners continued disregarding the GPIC act 865 with impunity. She cited instances in Nigeria where non-Nigerians are compelled to retail to indigenes and that they expect the government of Ghana to do same.

The women also fingered officials of the Tamale metropolitan Assembly of aiding their activities by ranting the stalls in Aboabu market to them.  Another trader, Hajia Tasala who said her capital is at the verge of collapsing pleaded with government to pay attention to their concerns because their children are unemployed and it is the retail they do to take care of them.

Mrs Hawabu Anas refuted wrong impression created by the Nigerians Ghanaian traders are anti-foreigners. She explained they are only insisting for trade laws in Ghana to be respected.

Mrs Hawabu hinted that they will soon relocate from their homes to the chief palaces and the assembly if the government failed to protect retail business sector.

She said the  seemingly lack of commitment by government in protecting retail sector the has thought bitter lessons which will influence their decision to vote or not to vote and what direction to vote come December 7th general elections.