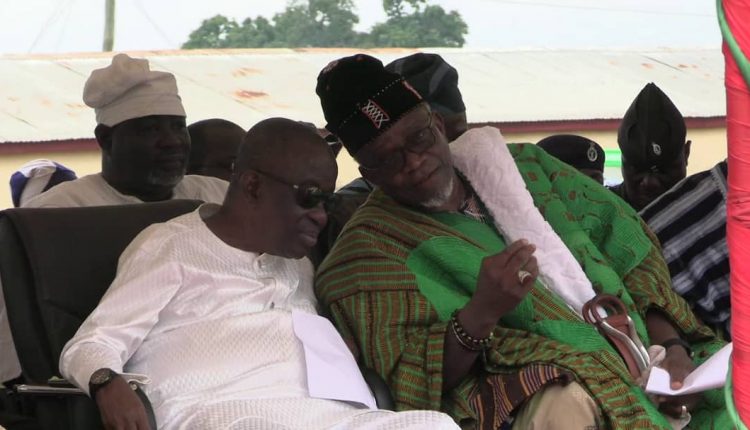 The Paramount Chief of the Karaga Traditional Area, Naa Bakpem Kari-Naa Abdulai Nantogmah has been appointed to the governing board of the Northern Development Authority (NDA). This follows the approval of the Council of State for his nomination by President Nana Addo Dankwa Akufo-Addo. He will serve on the 15-member board led by Alhaji Sumaila Abdul-Rahman.

A letter signed by the Chief of Staff, Madam Akosua Frema Osei-Opare on the 13th of September, indicated that Naa Bakpem Kar Naa will serve on the board as the representative of the Northern Regional House of Chiefs. Naa Bakpem Kari-Naa will be sworn into office by President Akufo-Addo in the coming months.

The appointment of all three heir-apparent of the Dagbon kingship by President Akufo-Addo to serve on various boards has been seen as a great move to help the oldest kingdom of modern-day Ghana rediscover its lost image.

The 1930 Constitution of Dagbon positioned the Kari-Naa as one of the senior-most Paramount Chiefs in Dagbon, next to the Yaa Naa.

The Karaga skin is one of three gate skins to the Dagbon kingship, the others being Savelugu and Mion skins. Kari Naa Abdulai Nantogmah was enskinned in September 2020 by Yaa Naa Abukari II, the King and Overlord of Dagbon State.