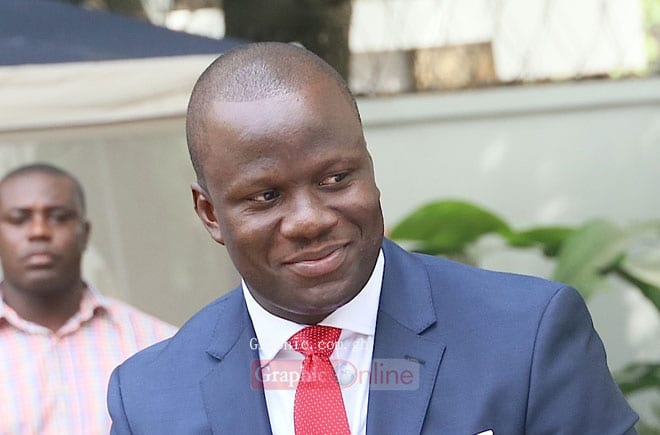 New Patriotic Party, NPP Youth in Busunu in the Damongo constituency of the Savannah region on Sunday rejected bags of rice brought to them by Member of Parliament for the area, Samuel Abu Jinapor. The angry youth destroyed many of the rice loaded in a Pick Up and returned the rest into the car.

They also angrily chased away the MP’s boys who represented him to do the donation. According to the youth, their interest is not rice but rather jobs.  They said the MP has taken them for granted for long indicating that they were not going to tolerate any food or money sharing in the area.

Some of the young men revealed that, prior to the 2020 elections, Mr. Abu Jinapor while denigrating the former MP for the area, Adam Mutawakilu promised them of abundance of jobs should he become an MP. Seven months after, the youth of Busunu are still roaming without jobs reason for their anger.

They angry youth while destroying the rice also allege that a few job opportunities in the forestry commission that came to the area was shared without the inclusion of any one from Busunu. They lamented having fallen for Mr. Abu Jinapor’s deceit and pledge to face him squarely should he visit the community.