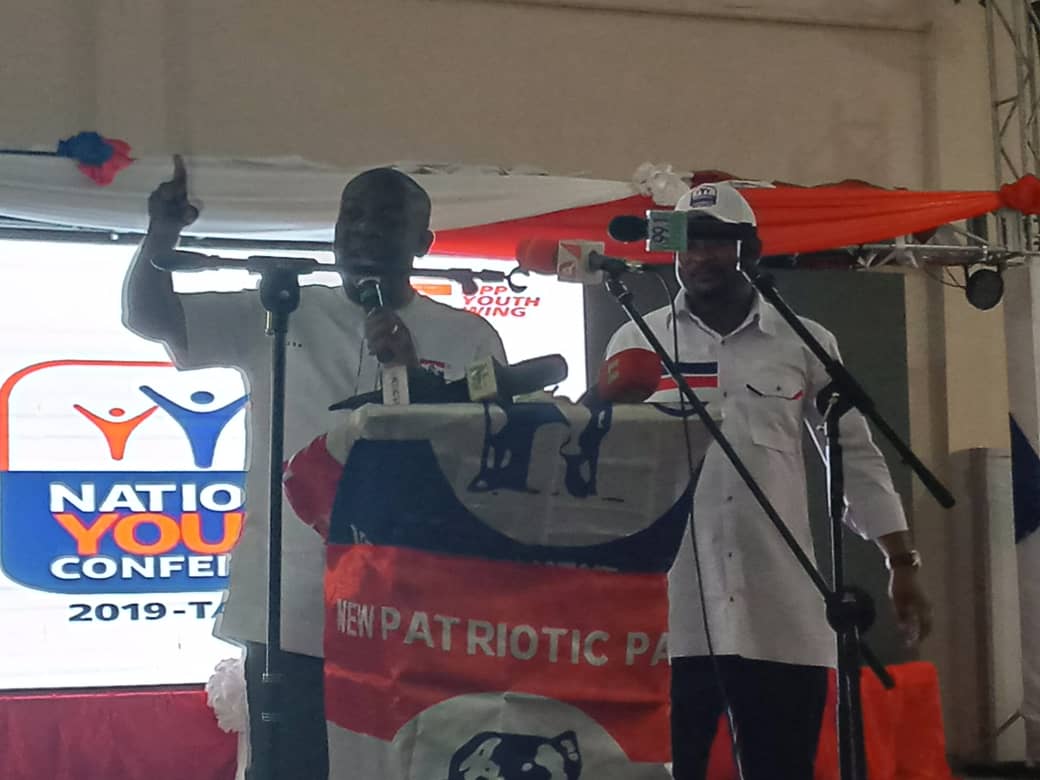 Minister for information, Mr Kojo Oppong Nkrumah has cautioned Ghanaians not to vote for the flagbearer of the Opposition National Democratic Congress (NDC), John Dramani Mahama in the 2020 presidential and Parliamentary elections. Mr Nkrumah  claims that the only reason why Mr. Mahama wants to come back to power is to finish his unfinished business which is to give Ghana’s bauxite to his younger brother Ibrahim Mahama.

The information minister said the proceeds of the bauxite which was handed over to Ibrahim Mahama is what is been used for the numerous Sinohydro projects across the country.

The Supreme Court in August 2019 ruled that the grant of three mining leases in favour of Exton Cubic, the company belonging to Ibrahim Mahama, younger brother of former President John Mahama, is null, void and of no effect.

It has, therefore, cancelled the mining lease granted Ibrahim to mine bauxite in the Nyinahini Forest in the Atwima Mponua District of the Ashanti Region, thereby bringing finality to the protracted matter.

The lease was granted Ibrahim’s company on December 29, 2016, when his brother, then President, was only a week to exit power after losing the 2016 presidential election.

In the heat of the transition, Dr. Gideon Boako, an Economic Advisor at the Office of Vice-President, Dr. Mahamudu Bawumia, said that the lease granted by the Mahama-led National Democratic Congress (NDC) administration to Ibrahim’s company was 58% of Ghana’s entire bauxite reserves.

A five-member panel, comprising Justices Julius Ansah, Jones Victor Dotse, K. Anin Yeboah, Samuel K. Marful-Saw and Prof. Emmanuel Nii Ashie Kotey, held that in accordance with Article 257, all minerals belong to the people of Ghana and the President holds same in trust for the people and that is why Article 268 enjoins all mining leases to obtain parliamentary ratification.

Addressing the youth conference of the New Patriotic Party on Friday at the University for Development Studies in Tamale,  Mr Nkrumah questioned if it would not be a big mistake for Ghanaians to vote for former president Mahama who could dole out the resource worth billions of ghana cedis to his brother instead of a president who cares about the masses .  Nkrumah said unemployment increased under the watch of Mr Mahama, but within three years the NPP government has created over 10, 000 jobs.

The information minister said government recognises that not all young people have jobs but was quick to add that 4 more years for the president Nana Addo will provide more jobs for the rest of the unemployed youth.