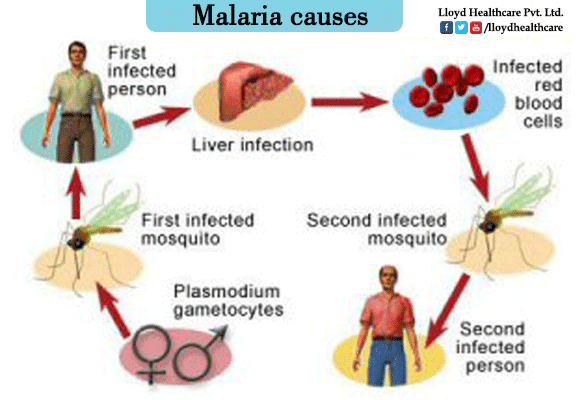 The distribution is part of the association’s social responsiblity of supporting the fight against malaria in the country. In Ghana, nearly 5.9 million people were diagnosed with malaria in 2020, which was a considerable drop from the previous year which had reported 6.7 million of such cases.

From 2008 to 2019, deaths in Ghana resulting from malaria have been most prevalent among children under the age of five, followed by people aged 15 to 49 years. Malaria affected a large number of people in Ghana throughout the years, causing roughly 21.6 thousand deaths in 2019.

Pregnant women and infants are generally the most vulnerable to malarial infection. Although the number of malaria deaths has decreased over the years, it has remained one of the leading causes of illnesses and deaths in the country.

Most malaria cases and deaths are found in the Africa region, compared to the rest of the world. In view of this, the Anbariya, and Alhassan Gbanzaba cub scout groups with support from St. Alban Griffin Scout Group in the United Kingdom saw the need to distribute the mosquito nets to every household in the three communities.

The group made of young boys and girls shared the nets to pregnant women and children. Speaking to Zaa news after the distribution exercise, Patron of the Anbariya Scout group Mohammed Issah Adam mentioned the Association’s commitment to the principles of Scouting coupled with sound education would not only ensure the proper transformation of the youth as individuals but mother Ghana as a country.

He called for collaborative efforts by partners such as religious bodies, individuals, civil society organizations and corporate institutions to work hand in hand to nurture the youth into responsible adults.
A youth leader Mohammed Andani on his part advised the community members to use the nets appropriately. The chief of Gbrima community Abu Mohammed advised the children to be obedient, respectful and discipline.
The community members expressing their gratitude to GSA for the gift.
”We are happy that you came to give us these gifts, it will prevent us from getting malaria”, they said.
The Ghana Scout Association is an international voluntary youth organization involved in many community service projects. Most of these projects take place in rural areas where Scouts organize the people to assist in these projects. Some of these projects are the construction of health centers, schools and clean water.
Source: zaanews.com/Lilian D. Walter