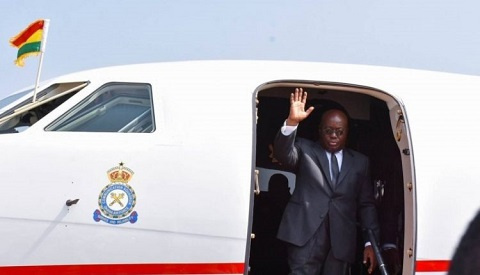 Ranking member on health Hon. Kwabena Mintah Akandoh has supported calls for President Akufo-Addo to be quarantined on his return from his tour in Europe.

Speaking on UTV’s Critical Issues on Saturday morning, Mr Akandoh said it is possible the President can get exposed to the Corona Virus on his trip to Europe.

It is for this reason that he is advocating for the president to be Quarantined and critically examined on his return back to Ghana.

The President is currently in a 12- day European tour. Nigeria recorded its first case of the Corona Virus on Thursday and this has intensified discussions amongst stakeholders on Ghana’s preparedness should the unfortunate happen.

According to the member of Parliament for Juaboso Constituency in the Western Region, the government has not shown any commitment towards preventing and subsequently fighting the disease should Ghana record a case.

It will be recalled that health officials at the Korle bu teaching hospital were captured in a viral video running from their post when a suspected Corona case was sent to the hospital and this the MP said was because the government had not shown any preparedness.

He further called on the government to take put measures in place that will prevent an outbreak should the country record a case.

He further charged that the government and the ministry of health take control of the communication on the virus on all media platforms.

“If government takes charge of the communication on the virus, it means no one can get the opportunity to go on TV or radio and scare the public or put out wrong information”