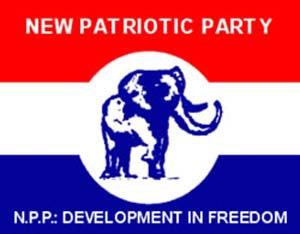 Confusion has hit two constituencies of the ruling New Patriotic Party (NPP)in the northern region over election money and goodies meant for electorates in the just ended December 7th election.

Party agents of the NPP are accusing constituency executives for short changing them during the elections.
The aggrieved party agents drawn from  Tamale South and Tamale North are also alleging that goodies such as tailor machines  and hair dryers among others given to the constituency from the party national level were being diverted  by the executives.

They claimed the materials is finding its way to the open market after election.
This, according to some party members amongst to greediness and selfish which might have contributed to small margins the party got in the two constituencies.

The internal wrangling has given credence to speculations that political parties in Ghana buys votes through freebies.

On 28th December,2020 coalition of concerned polling station agents in the Tamale South constituency petitioned the party over monies allocated to the constituency for the election.

The petition sighted by Zaa News was in accordance with article 3 (8) of the party’s constitution which direct members with grievances where to channel it to.

The aggrieved polling station agents said the national treasury allocated 45,600 to constituency executives for the elections.

Each polling station volunteer was entitled to gh¢200 for the day. The 8 point petition to the constituency committee amongst others is also demanding explanations of how 40,000 allocated to each parliamentary candidate was used in the Tamale South constituency during election was used for.
The unhappy agents want the committee to treat their concerns with all seriousness within 48hours or blame themselves for whatever action they taken.
Campaign coordinator for Tamale South NPP PC, Alhaji Baba Alhassan denied some of the allegations against Mr Yakubu Yussif-the PC.
Alhaji Baba said as far as he is concerned, they never sold any item meant for the electorates as claimed by some party members and opposition elements.

On the campaign cash, he stated that the money was with the constituency chairman Alhaji Hashmin but couldn’t tell how it was used.

The Tamale North situation was not different as angry agent are also up in arms with executives over same money.
Each polling stations were supposed to be given GH¢200 but were given GH¢ 100, the aggrieved polling agents claimed. A meeting held in the constituency last week to address the issues ended abruptly when tempers rose.
accusations of both regional and constituency executives squandering funds meant for elections has been reoccurring in northern politics since 2016 for major political parties, the NDC and the NPP.

Poorest support and Ghana’s economy; Can Ghana continue to dole out money to her extremely poor people?