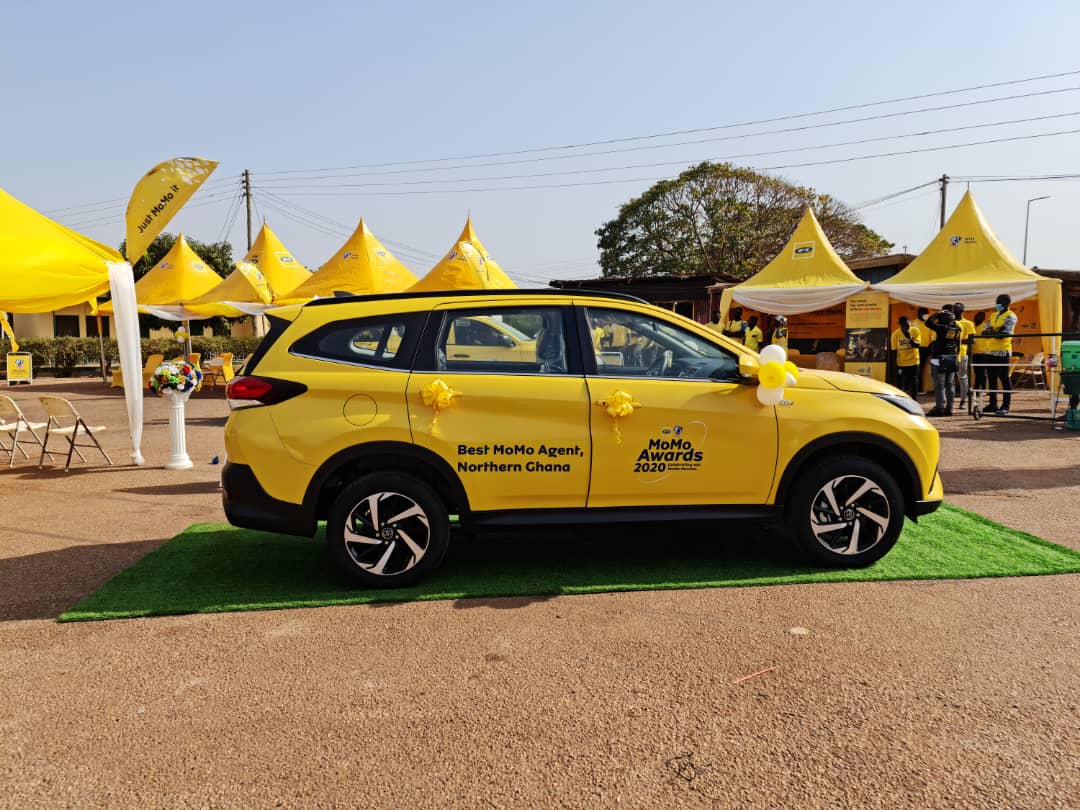 The Manager of Quicktel Venture, Mr Mohammed Haruna from Bupei in the Central Gonja district of the Savannah region has been adjudged this year’s best MTN MOMO agent in northern Ghana. Mr Haruna drove home a brand-new Toyota 4 ×4.

The excited Mr Haruna expressed shocked at his price adding that he did not believe he could win something like a car. He told the media that he never thought cars will be part of northern sector awards of the telecom giant.


At a short ceremony Wednesday at veteran’s village in Tamale, Mr Haruna thanked MTN for recognizing him as one of their hard working customers and business partners and assured the company of more efforts to increase MTN’s customer based in the central Gonja and beyond.

Thirty ( 30 ) other deserving MTN Merchants, Agents, Mobile Agents and Area Accounts Developers were awarded for their hard work and contribution towards MTN’s gains  in the challenging year. The winners were given certificates, mobile phones, television sets and motorbikes.

The Tamale Metropolitan Police Commander, Chief Superintendent Iddrisu Tanko advised MTN Ghana to put in place measures that will secure all places where their agents and merchants operate.
The police Chief believes this will save as disincentive  to criminals,  especially thieves and armed robbers.

He suggested  installation of  CCTV cameras as one of possible means of securing their agents and Merchants and also assist security to track criminals terrorizing their Merchants.

Chief Supt. Tanko also advised mobile money vendors to try and have the police emergency numbers as well as sit at properly marked locations so that in the event they are attacked by criminals they (police) can quickly respond to affect a rescue.

According to Mr Amoh, in spite of this year’s challenges, the agents and merchants’ efforts resulted in MTN exceeding their targets.

The senior manager reminded customers to be vigilant in the fight against momo fraud, especially this festive season.

He explained that fraudsters continue to revise their strategies in spite of the efforts MTN is making together with the security service to curtail their operations.

He cautioned customers never to disclose their PIN or allow others to transact on their behalf as well as avoid discussing personal wallet with any stranger.