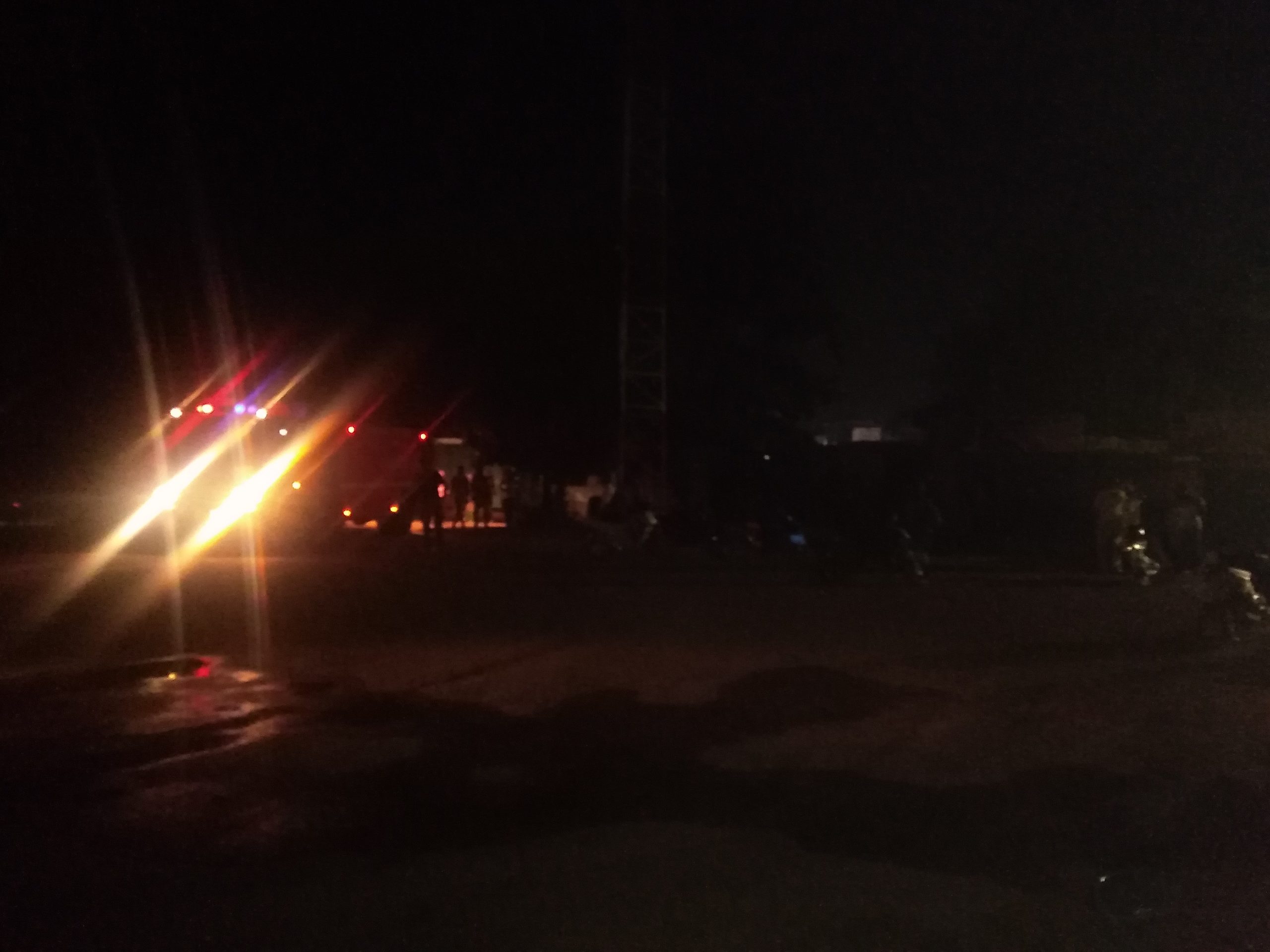 The incident occurred at about 8pm Sunday. The timely intervention of personnel of Ghana National Fire Service averted the fire from escalating to the main operational offices.

Mrs Kusum Haruna who operates secretariat services at the premises  told Zaa News all her 3 typewriter machines and other office stationeries got burnt.

She attributed the fire outbreak to electrical faults which she claimed have been reported it to the Northern Electricity Distribution Company (NEDCo) last Friday.

She explained that they experienced sparks in one of the wires and reported it to NEDCo. Another woman who gave her name only as Barikisu told Zaa News that all her deep freezers with the assorted drinks burnt.

Mrs Barikisu who corroborated with Kusum maintained the fire was caused by the electrical fault.

But, the Ghana National Fire Service said they cannot tell immediately the cause of the fire.

Assistant Station Officer Baba Hudu from the Sagnarigu fire service told Zaa News that they received distress calls from an ambulance officer prompting them to rush to the scene.

Management declined to comment on the incident as at the time of leaving the place.