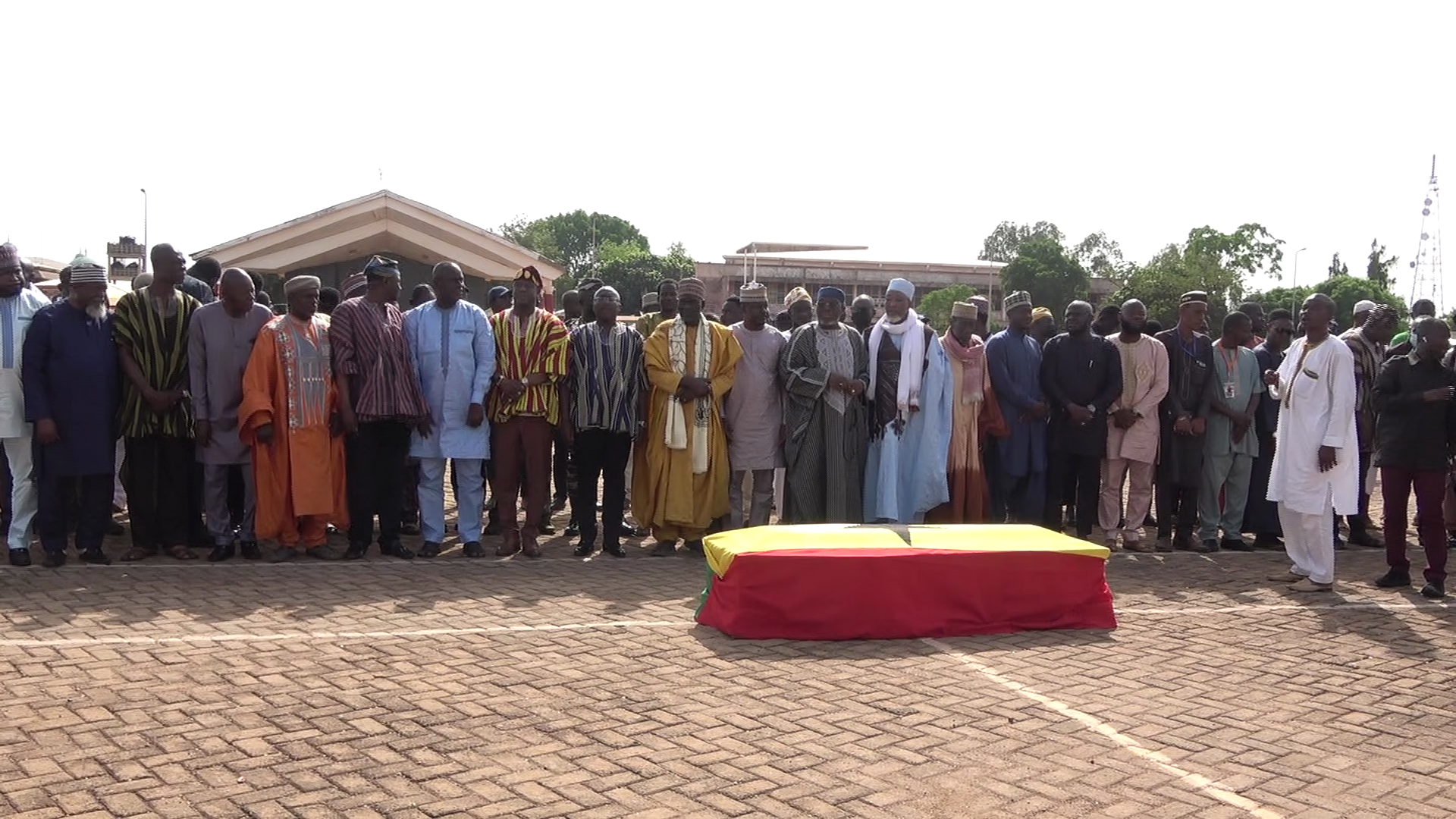 A former 2ndlady of Ghana, Hajia Ramatu Mahama has been laid to rest at the private residence of her late husband former vice president, Alhaji Aliu Mahama at Kalpohini in the Sagnarigu municipality last Saturday. Hajia Ramatu died on Thursday April 7, 2022 at Korle-Bu Teaching Hospital in Accra at age 70 after being ill for over a year now.

Vice president, Dr Mahamudu Bawumia and NPP General Secretary led the government delegation to pay their last respect to the 2nd first lady. The King of Dagbon, Yaa-Naa delegation was led by paramount chief of Zangbalun traditional area. Politicians across political divides and business mogul and brother of former president Mahama, Ibrahim Mahama were among mourners at the burial ground.

The late Hajia Ramatu Mahama left behind four children, Faruk Aliu Mahama, Salma Mahama, Fayad Mahama and Halim Mahama. The Eldest son of the late 2nd lady, Alhaji Faruk described her mother as   one for everybody, a mallam (Teacher) and selfless woman who wanted everyone to be happy.

According to the Yendi Member of Parliament, his late mother’s happiest moment was when he was declared MP elect for Yendi constituency but unfortunately, she could not live to see the fruits and contribution of her son.

Speaking to the media after her burial in Tamale, Alhaji Faruk Mahama described the death of his mother as a sad moment, especially the affection she had for him. He recollects moments where the late Alhaji Aliu Mahama nearly divorced Hajia Ramatu because of his youthful exuberance.

The Yendi MP thanked successive governments from late president Mills and former president Mahama for their support to the late Hajia Ramatu’s healthcare, adding that if it were money that could save the late first lady’s life, she would have been saved.

Northern Regional Minister Alhaji Shani Shaibu who received the body in Tamale said the former 2nd lady’s death is a heavy loss to him because; his personal relationship with her when she was a teacher dated back 40 years ago and prayed for Allah’s mercy on her soul.

A niece of the late 2nd lady, Hajia Sa-adatu Maida said Hajia Ramatu’s death is a great loss to the family. The late 2nd lady Hajia Sahadatu said was a mother and counselor who never joked with prayers and her creator. Her death she added will create a big gap but hopeful that Allah will definitely fill it.