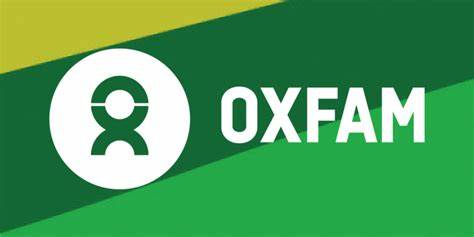 Ofxam observed that widows were going through a lot of difficulties due to unfair treatment they received from relatives of their decease husbands immediately they died.
The phenomenon which is wide spread has brought a lot of suffering to widows, especially those with children and had to be kicked against.

As part of efforts to ensure the well-being of widows, OXFAM is supporting its partners in the implementation of a project called ‘Enough Project (Disag Ya in Dagbanli), was aimed at engaging chiefs and opinion leaders and Queen mothers to use their influence to address injustices of widows.

Speaking at the celebration of international women’s day forum organised by NORSAAC in Tamale, Project Officer at OXFAM, Mrs Fauziya Abdul Rahman   encouraged women not to be discouraged about the continue gender and sexual based violence in society and at work places.
She explained that even though the focus   of enough Project is for women and girls, it also targets men and boys.
She explained that Enough Project is targeting chiefs because it is only chiefs and queen mothers who can address unfair widowhood rites.

According to her, widows human rights are always violated as soon as the man dies and their social lives restricted without recourse to their fundamental human rights.

Decision makers and opinion leaders she noted   need to be re-oriented for the change of societal norms.
She could not understand why a man after the death of his wife can go in for another woman in less than 40 days but a woman can’t because if she does, she is likely to be accused of unfaithfulness to her late husband.

Project Coordinator for Disag Ya project, Mr Abdulai  Nashiru said public and private sector need to collaborate to end gender and sexual based violence.
The project he explain will used female talented musicians in northern Ghana to fight all forms of abuses among women.
The four year period project will continue to commemorate International days to drawn home the advocacy.

Head of Programs and Policy at NORSAAC, Hajia Hafsah Sey Sumani disputed claims that advocates against gender based violence are championing a course  for women to challenge men.

She said   spite of the gains, there was the need for more efforts to conscientized society about women issues.
An empowered woman she noted keeps her home safely for her husband adding it   is not true that an empowered woman runs shoulders with her husband.

Enough Project (Disag Ya) is being designed and implemented by NORSAAC to contribute to the global Enough Project funded by by European Union (EU) through a consortium of OXFAM and WiLDAF in Tamale metropolis and Zabzugu district for northern region and  Sawla Tuna Kalba in the Savannah Region.