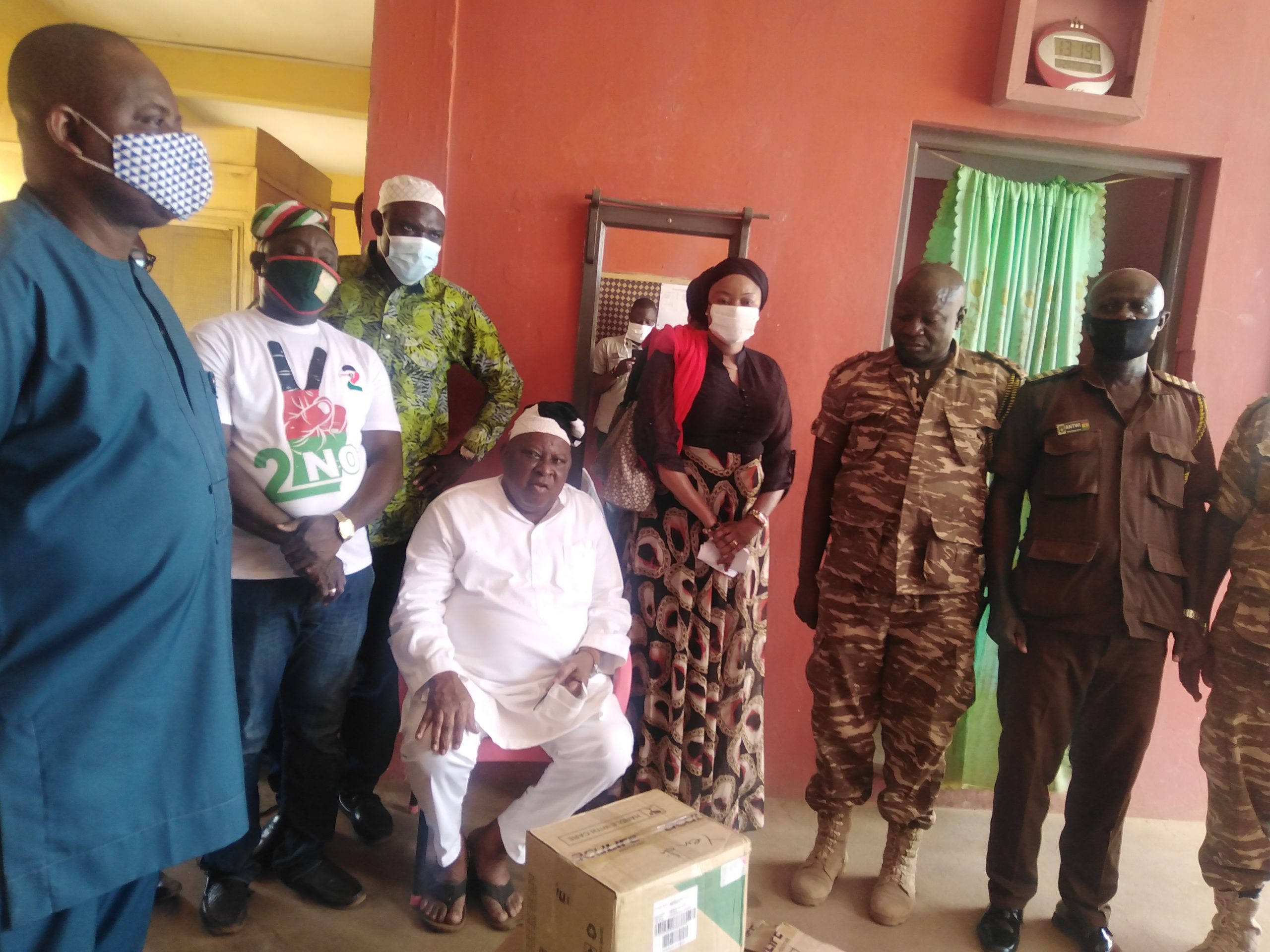 The presentation according to the chairman was to help prison authorities manage sick inmates before referring to them to the major hospitalas.

At brief ceremony, Alhaji Mobila said the prison is not only for the current inmates for everyone including politicians, religious leaders and even traditional leaders.

‘The house is for everybody and so we preparing  it in case some of us finds ourself there they take care of’ Alhaji Mobila said.

Alhaji Mobila accompanied by the regional treasurer Hajia Shamima Abdul Razak and some constituency executives of Yendi called on the general public to support prison authorities to take care of the inmates.

He told the authorities that the drugs may last for about 2 months and advised them to draw his attention as soon as it finishes.

The congested nature of the prisons the  commander said  results to infectious  skin illnesses.

‘We rely on philanthropists for drugs to treat them because of inadequate resources’ Mr Zorga lamented.

The commander who took over recently said he met a alot challenges and had to write to pharmaceuticals to  request for  drugs to treat the inmates but yet to receive positive response.

He thanked the NDC Chairman for turning his attention to those  behind bars adding that prison can be a home for anybody until you died, you never say that as for me I will not go to prison.

Chief Prison  Officer Fuseini Sulemana of the Yendi prison  described Alhaji Ibrahim Mobila’s donation as timely and called on individuals and organizations to assist them with more first aid drugs.

He told Zaa News that their infirmary has no single drug to take care of sick inmates which is serious.

He also appealed to authorities and Philanthropists to assist them put up security guard room at the entrance of the prison.