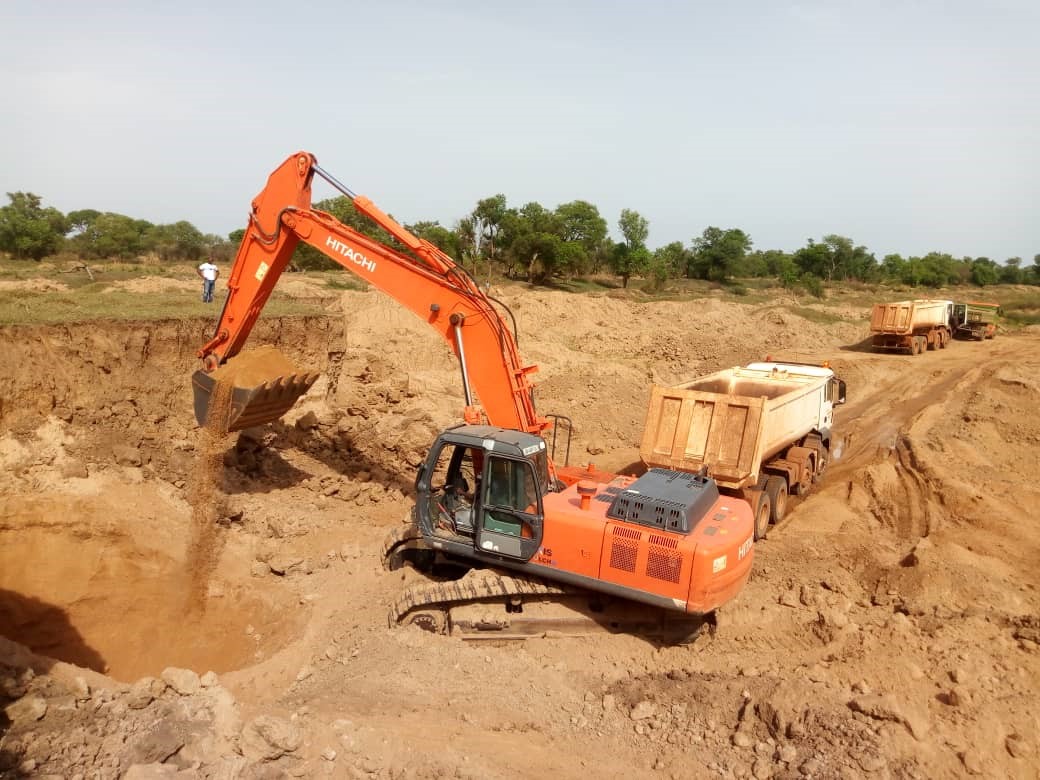 Coalition of NGOs in Water and Sanitation (CONIWAS) has warned of more difficult times ahead for people in the northern region in accessing clean drinking water. According to CONIWAS, the people may have to braced themselves for annual water crisis if stakeholders failed to halt the activities of sand wining along the white Volta basin. CONIWAS warning follows erratic water supply to many areas in Tamale and its surrounding communities, especially during dry season.

The Ghana Water Company close to a decade now have been struggling to supply enough and sufficient clean water to the people of Tamale and its environs largely due to unregulated human activities along the main resource of the raw water intake plant.

The Sand wining activities it observed has increased turbidity of the water at the intake plant in Nawuni, especially during season and has resulted to a situation where GWCL can only produce 60 % for the distribution to over 800,000 people. Forty (40%) goes waste due to siltation, bringing additional cost to the treatment of the water.

All sand wining activities, CONIWAS explained supposed to be 100-200 meters away from river but that has been disregarded by sand winners in spite of engagement with Tipper track owners.

However, track owners have dismissed claims that they are partly to be blame for GWCL inability to supply water adequately.

They maintained that the Kumbungu district assembly and the GWCL failed to demarcate the area for them after stakeholders meeting where pictorial and videos were shown the extend at which the river is being affected.

The locals loading the tipper tracks have also accused the assembly and GWCL for paying lip service to ensuring that the water resources are protected.  According to them, until payloaders stormed the volta basin, siltation was not as high as it is now and demanded that authorities tell the public how the heavy machines find its way to the river site and are causing havoc.

Northern Zonal Coordinator of CONIWAS Mr. Ibrahim Abdul Ganiu in an interview with Zaa News pointed another worrying threat to water resources such as the practice CONIWAS observed was the use of chemicals by farmers close to the river and pointing out that the practice if not check could threat to the quality of the water GWCL supply to residents. Farmers along the river were expected to carry out their activities 100 meters away from the buffer zones.

The alternative to address the growing water crisis in the northern and Savannah regions remains on the completion of   Tamale and Yepei water expansion projects which has been on the drawing board for over 15 years now.

This ties in with Government’s agenda of ensuring that, by the year 2030, as enshrined in the United Nations Sustainable Development Goals, all Ghanaians will have access to potable water, in other words there will be ”Water For All’”.

on Tuesday, 28th July 2020, President Nana Addo Dankwa Akufo-Addo cut the sod for the construction of the Tamale Water Supply Project, as part of his tour of the Northern Region.

The Project seeks to expand the supply capacity of the Tamale Metropolitan area, and also improve upon the flexibility of water supply, by building a new water supply system which will rely on the White Volta at Yapei, with a 29.7 million gallons per day capacity water treatment plant.

The rationale for the Project is to ensure that, key factor militating against the provision of adequate social infrastructure for Ghanaians, with the demand for water outstripping supply and rapid population growth in Tamale commensurate with the demands.

The project includes construction of a new water treatment plant at Yapei, thereby making available two water supply systems working concurrently to supply water to Tamale and its environs in order to guarantee the availability of enough potable water in the Metropolis, as this will extend the coverage area of water supply.

Work on the Yepei water project ongoing is steadily   but when it will be completed depends on the availability of funds.

The alternative to address the growing water crisis in the northern region remains on the completion of  $ 272 Tamale and Yepei water expansion project which has been on the drawing board for over 15 years now.  The contract was awarded to Biwater and is expected to expand water supply of infrastructure in Tamale, improve the delivery of drinking water to an estimated 800,000 people in the northern region.

The scope of work includes design, construction and commissioning of a new water treatment plant at Yepei, with pumps and transmission pipelines, pumping stations, new district offices, and the installation of dedicated power lines.

The plant will provide 135,000 m3/per day of drinking water to Tamale and surrounding areas.  The project when materialized is expected to address decades Damongo water problem.

Work on the Yepei water project ongoing is steadily   but when it will be completed depends on the availability of funds.

In the Regional Capital-Tamale and its adjourning municipal and districts, there are several dugouts and boreholes owned by both private and government. However, the dams are under serious threat because the land areas have been encroached upon by the same people crying for water.

These human activities led to the contamination of the dams amidst animals also struggling to drink. But Mr Abdul Ganiyu who works with local NGO, WUZDA believes planting canopy trees and vertebral grass will reduce siltation and prevent pollutants and debris from entering into the dams.

Evaporations and percolation on dams he explained are always high during the dry season. ’’Community leaders, chiefs and even landlords   need to protect water resources within their localities by planting trees to increase water changing system’’ he advised.

In the interim, Mr. Abdul Ganiu advised residents in areas with high water table to adopt self-water supply practice by constructing mechanized boreholes. He admitted that even though geological nature of nature of Tamale and surroundings makes very difficult in getting water from underground. According to him, only 2 out of 10 boreholes dug in Tamale had good yields of water.