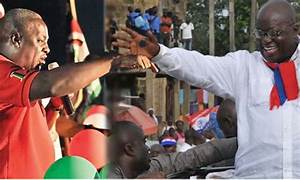 In a bid to contribute towards the fight against rampant criminality, political parties in the northern have pledged not to defend criminals operating under the guise of their parties.
They added that the crime wave in the northern capital, Tamale, should be condemned and that there should not be any interference in the work of security personnel.

The political parties, especially, the ruling NPP and the largest opposition party (NDC) have been accused of interfering in the work of security agencies.

But at a consultative conference on the rising indiscipline and insecurity in Tamale, the First Vice Chairman of the ruling New Patriotic Party(NPP), Alhaji Iddrisu Sunday warned NPP supporters in the region that he or any other executive will no longer intervene in security matters involving members.

“You will held responsible for any action of yours should any member of get involved in criminal activity,” Alhaji Sunday warned.

Alhaji Sunday admitted that he was one of the executives who was usually called upon to intervene when some members found themselves on the wrong side of the law but he will no longer intercede because crime is crime, adding that they, the leadership of the party will have no hands in criminal cases against any member.

Under the Goal 16 of the Sustainable Development Goals(SDGs), people everywhere were supposed to be free of fear everyone. The target was to ensure that there was significant reduction in all forms of violence and related deaths.

However, between July and August 2019, Northern Ghana witnessed a new trend in crime which made residents petrified and confounded.

The new trend of crime that shocked residents involved the snatching of cars, attacks on mobile money vendors and worse was the execution style murder of  police Sergeant, Agatha Nana Nabin  by unidentified gun wilding men.

Residents were left wondering if Ghana would be able to achieve goal 16 of the SDGs.The trend occasioned a conference by city authorities to find workable solutions to secure residents.

The governing regional secretary, Alhaji Sibdow Yakubu affirmed the position of the first chair and urged security agencies, particularly the police not to listen to any party executive trying to interfere in their work.

NPP Tamale central constituency chairman Mr. Mohammed Ibrahim confessed that they opposed the initial Tamale the project to instill discipline because of its implementation in the next elections. He promised his support for the second phase of the Tamale project.

On behalf of the NDC,  the northern regional secretary, Mr Mohammed Abdul Salam said the party welcomes any move by the assembly to address criminal activities.

He was however not happy about the modus operandi adopted by both metropolitan security committee and the regional Security Council. He wants the two to demonstrate neutrality.

“As a student of strategy, I doubt the implementation of the nice ideas. Who are the implementer, can they demonstrate neutrality without any political parties raising issues?” Mr Abdul Salam asked.

Chiefs
Representatives of the paramount chiefs and traditional rulers blamed the current situation on what they called human right activists. According to the chiefs, disrespect of traditional rulers by government officials and some state institutions led to the increase in indiscipline and the crime rate in Tamale.

They believe that collaborative effort between chiefs, religious leaders and the state security agencies is the surest way to address the social vices which are soiling the image of Tamale and the region at large.