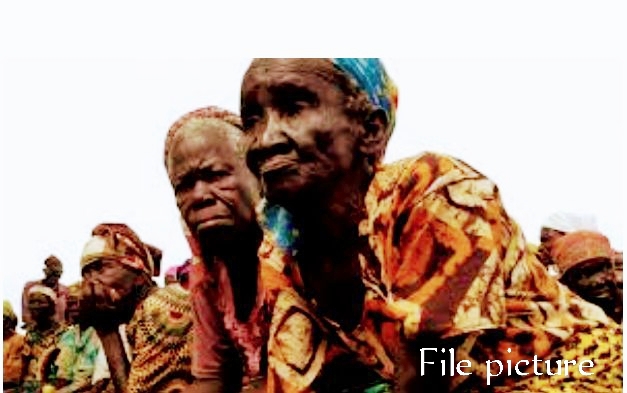 Stakeholders at a roundtable meeting have expressed their commitment to collaborate with Songtaba to end witchcraft allegations. This is to address the deplorable conditions in the alleged witches’ camps and to safely re-integrate the alleged witches into their communities of choice in the Northern Ghana. The stakeholders made the commitment at a roundtable meeting hosted by the British High Commission.
A new evidence-based research report from Songtaba has identified a strong gender element to witchcraft allegations, with the vast majority (93.5%) of the accused being women, and most of the accused being older and widowed. The research further found that over half of the women in the camps are experiencing depression and 97% have a low quality of life. Representatives from the Alleged Witches Network spoke at the roundtable to explain how they have no food and fuel, have challenges accessing safe drinking water, no funds to educate their children or grandchildren, and very poor accommodations. Many have experienced significant abuses following the witchcraft allegations against them. Nearly three-quarters of the women want to be re-integrated into their communities but are afraid of fresh allegations being level against them.

Speaking in response to the report, Deputy Minister for Gender, Children and Social Protection, who is also Minister Designate for the ministry; Hon. Lariba Zuweira Abudu, reiterated the Ministry’s continued commitment to end all forms of negative cultural practices and to protect marginalised people in society against human rights abuses, and to continue to enact measures to alleviate the deplorable conditions faced by the women in the camps.

The Executive Director of Songtaba, Lamnatu Adam said “everyone here sees the issue of witchcraft allegations as a human rights violation. There is no commitment from key stakeholders to do something about it”. Joseph Whittal, Commissioner of the Commission of Human Rights and Administrative Justice (CHRAJ), shared key findings from a recent report on the alleged witches’ lack of access to justice and called on government to take on board the evidence presented and to move beyond reporting and rhetoric, towards the action. Dr. Ama Boadu, Deputy Director for Mental Health, Ghana Health Service, and Prof
Akwasi Osei, CEO of the Mental Health Authority, committed to support immediate efforts to addressing the mental health needs of women in the camps.

Hon. Members of Parliament for North Tongu in the Volta and Madina Constituencies in the Greater Accra Regions; Mr. Samuel Okudzeto Ablakwa and Mr. Francis-Xavier Kojo Sosu spoke passionately on the subject, with the former labeling the presence of the camps in Ghana as “national disgrace”. Mr. Sosu explained, his motivation for working to present a Private Members Bill is to criminalise witchcraft allegations, and invited interested parties to contribute to pre-consultations on the bill. Civil society Organisations’ representatives from Action Aid, STARGhana Foundation, Basic Needs Ghana and Sanneh Institute further committed to support Songtaba in their efforts.

Hajia Lamnatu Adam, Executive Director of Songtaba, emphasized the need for the attention to mental health and wellbeing support to the women now, as well as pushing for the closure of the camps and supporting women to be safely reintegrated into their communities of choice as soon as possible. Supporting the Bill to criminalise witchcraft allegations can also go a long way to ending this practice. Hajia Lamnatu observed.