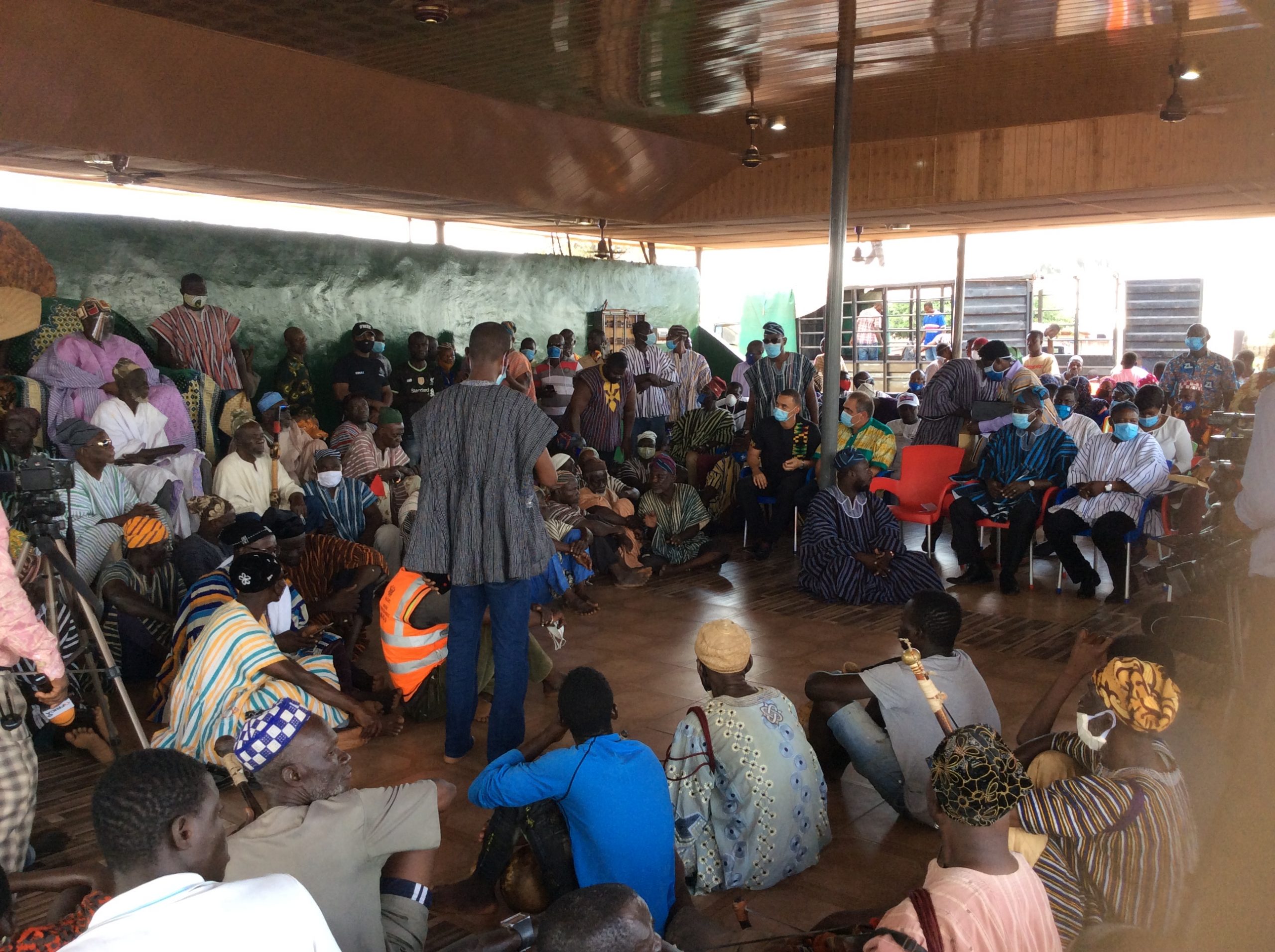 According to Ndan Ya Na, the inadequate waste containers at the public toilets and other designated places is making disposal of refuse difficult for the residents within Yendi Municipality.

The overlord acknowledged the presents of few in the communities but added that they are not adequate.
Ndan Ya Na made appeals when the chairman of Jospong Group of Companies, Dr Joseph Siaw Agyapong paid a courtesy called on him at the Gbewaa palace in Yendi.

Dr Siaw Agyapong was at the Gbewaa palace to congratulate him as Dagbon overlord and also officially informed him the establishment of two waste treatment and recycling plants in Tamale.
Dr Siaw Agyapong thanked Ndan Ya Na for good initiatives taken including enskiment of one his subjects as Sabta Na(chief of Sanitation) to ensure proper sanitation in his kingdom.
Ndan Ya Na commended Zoomlion Ghana for their role in keeping Ghana clean and pledge full support for all activities of zoomlion.

Responding to Nda Ya appeals, Dr Siaw Agyapong promised to deliver containers to the Gbewaa palace in less than a week.

Dr Siaw Agyapong was happy about the leadership of Ndan Ya Na’s since he ascended to the throne adding that he has brought appreciable level of developmental and peace. ”You also enskined Sabta Naa (chief of Sanitation) in furtherance to your commitment to ensuring proper sanitation practice”, we are indeed grateful, Dr Siaw Agyapong eulogiezed Ndan Ya Na and of his outfit full support to the Sabta Naa activities.

He presented 100 refuse containers, 50 bags of rice, gallons of cooking oil and a cash of 10,000 to the Gbewaa palace